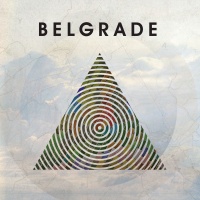 Belgrade has produced a great LP here. Taking cues from various genres, they have melded together a really satisfying full length. This is an almost picture perfect indie rock. While it plays a little like one of those throwback type records that were popular a few years ago, it never sounds shitty and dated. The sincerity is there.

Going with the retro-y indie pop, all the hallmarks are there. It never gets too dense, so it avoids becoming shoegaze. There is still a lot of fuzz effects. It also fluctuates over to a more spacey type of production. The echo and reverb are turned up. The guitars get pretty fucking shimmery at points.
A lazy point of comparison would be Pershing era Someone Still  Loves You Boris Yeltsin. Specifically on the the third song, “Truth Serum.” It reminds me a little of “Modern Mystery.” However, this manages to walk that line without crossing over. There is enough going on here to avoid it getting too kitschy. It’s got a vintage sound, by way of 1990’s alternative/indie. The record feels similar to those old post-punk records that Flood used to produce back in the day. It’s clean, but not sterile. The songs feature extended instrumental breaks, usually in regards to an into or outro. It stays consistently midtempo and restrained. The vocals are spot on. The harmonies are great. The backing vocals are strong, but never overwhelming.
Overall, this is a solid record. It has an appeal for all shades of indie rock and alternative fans. Given the line up of this band, that is really no surprise. There are former/current members of various Philly and Jersey bands. With the experience comes the ability to make tightly crafted songs with pop hooks and appeal. Check it out.
Belgrade
BandCamp
Buy It