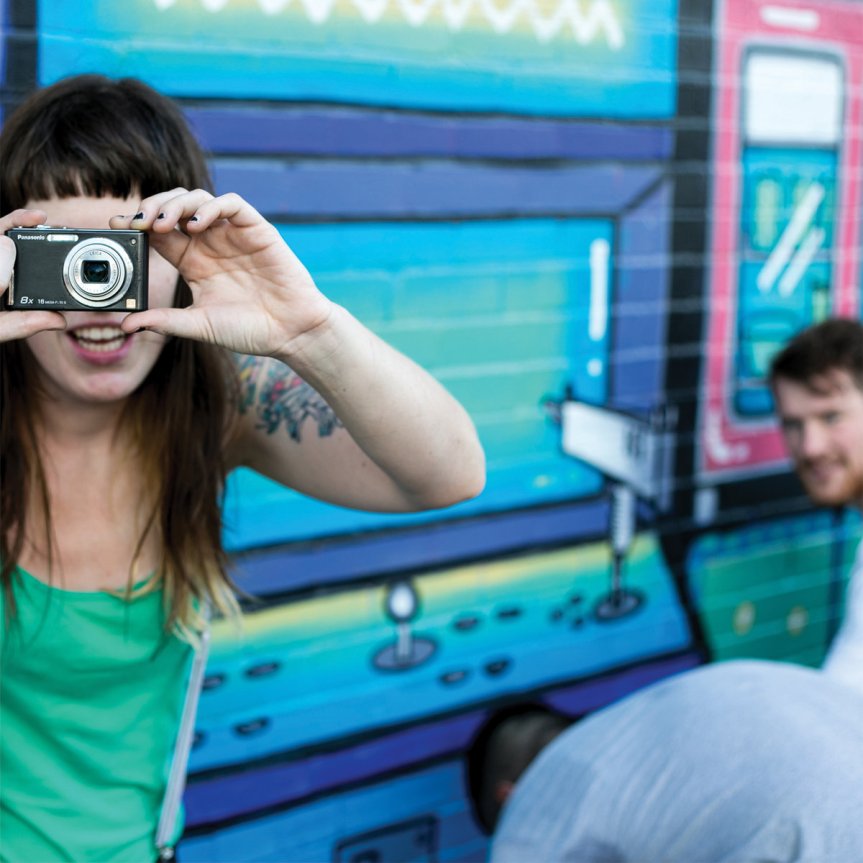 Earth Girls feels like a genre departure for Liz Panella. In fact, this can really be said for all the current members of Earth Girls. Much of the band’s collective discography outside of Earth Girls tends to fall more on the hardcore side of things. Panella has a varied discography, including a lot of one off hardcore bands, Libyans being the most consistent. Joey Kappel and Antonio Holguin III have both been active in the Chicago punk and hardcore scene. The former with Boilerman and Poison Planet, the latter with Raw Nerve and Big Zit. It seems strange that they would come together to make a bubblegum pop punk record, but here we are.

Wanderlust is the perfect distillation of bubblegum and pop punk. Earth Girls have a sound that makes me think of what Helen Love would sound like if she edged more towards garage and punk rock than pop. Kind of like a Helen Love / Marked Men combination. The band has a very distinct sound, and it’s probably due to the pedigree the band has. They aren’t afraid to leave some rough edges on things. Those rough edges add a lot of heart to a record that could have gone glossy and shiny. This record could have gone full power pop by overselling the hooks. Instead they chose to combine the hooks with a driving grit. This is the kind of record that wouldn’t have sounded out of place on Lookout Records circa the late 90s, early 00s.

The long and short of it is that this record rules. It’s catchy, it fast, and it’s a perfect summer record. My only beef is that it’s only about 21 minutes and it came out so late in the season. Otherwise, I really can’t complain.