As another year closes, so does a year end list get posted into the void that is online music discourse. This list is not a fair depiction of what I really listened to this year. Being weird and isolated in the frozen wasteland of Minnesota had me listening to a lot of old jazz records. I have no recommendations based on that. This isn’t that kind of a blog. No one wants to hear my opinions on jazz fusion (I mostly don’t like it) or smooth jazz (actually pretty cool if you can get over the Weather Channel of it all).

In an attempt to feel less street team, I am focused on actually posting stuff in 2022. I got stuck in a cycle of posting about the same three things. To that point, I’ll post a thing about that new Overo / Zochor / Punch On! / Coma Regalia split next week. That would have probably made the list had it come out earlier. Beyond that, I hope to at least get something out on a regular basis. Just not sure what “regular” means in that regard.

Blah blah blah. The list. Let’s fucking go. Top whatever of whatever. In alphabetical order:

This list would probably look different had I listened to everything I was keeping track of. There’s still one shit-million records I need to work through. It’s what it’s, I guess. Anyway. Go pre-order that new Perennial record. That band fucking goes. 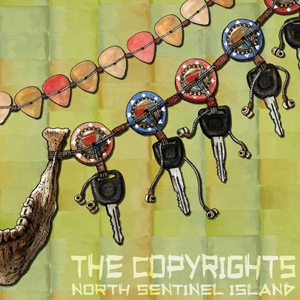 The succinct way of reviewing this record is to say that if you liked The Copyrights before, there is no reason not to get this.

The more wordy and drawn out way of reviewing this is this: If we’re going to talk about pop punk, one of the bands that has to be mentioned is The Copyrights. Being from Illinois, I have a bias. I have managed to see The Copyrights more times than I can count. Probably more times than I have seen any other band (except maybe The Lawrence Arms?).

There are a lot of pop punk bands in the world. Some are great, some are terrible. But, none of them are like The Copyrights. They are a band that punk rock fans in Chicago can look at as our own (despite them being from Carbondale [which, if you don’t know Illinois, is nowhere near Chicago]). Sure, for pop punk, we had Screeching Weasel. But, they were at their best (in my opinion, their first reformation from 1991-1994) while I was in elementary school. The Copyrights started putting out records in 2003. That was the year I got out of high school. Their second full length came out in 2006. And, with that, they served as a soundtrack to my early 20s. It was just the right time.

So, North Sentinel Island is the first full length from The Copyrights since 2008. And, you know, it is pretty fucking great. Basically, it is building on the template that the band has been fucking around with since Mutiny Pop. Every song is deliberate and forceful. The songs avoid the trap that a lot of pop punk falls in. The trap is, of course, reheated Ramones riffs. Yeah, things stay pretty simple, but the use of real (re: not power) chords expands the sound. Nothing on this record would sound out of place on  any of their previous records. Well, except maybe the riff on “Hard-Wired,” which are more than a little Blink-182ish and the acoustic closing of  “Bow Down.” Overall though, it is exactly what you would want (and expect) from the band.

If Learn The Hard Way was a record that expressed a certain level of frustration, North Sentinel Island is the opposite. It is optimistic, but still cynical.

“Expatriate Blues” is great at describing how people get about their home towns once they leave:

“I’m not home sick, I’m sick of home.
Now I know when I’m back home I’ll just be visiting.
Now I know that my return won’t be for long.
When I’m gone this bedroom town just keeps on sleeping.
The same sleep every year just like when I was here.
I hate it with a smile, I miss it with a sneer.”


“Worn Out Passport” is one of the best songs. It maintains the theme of just living life the best you can. and I can’t refuse a song that has lyrics like:

“And I want my body filled with more alcohol than blood.
Don’t take this as self destructive, because this wish is filled with love.”

Other than all that, this is just a fun record. It has some of the best sing alongs I have heard in a while. Yes, it can maybe get repetitive, lyrically. Yes, it sounds a lot like everything this band has done before. But, it is far from stale. People often mistake simplicity for laziness or stupidity. Fuck those people. Sometimes, the simple stuff says the most.

So, it is that time. Year in review lists are always kind of annoying. I will make a list now, then look back and disagree with myself later. Sometime in march, I will be pissed at my list. But, before I make the list, I guess I should do a quick thing.

2011 was an interesting year. It was really good at times, and really fucking terrible at others. A lot of stuff associated with this blog fell on the good side. Back in March, I dropped the Emo Is Not Dead article. Initially, it was just going to be a stupid article (not unlike the other “articles” I have written). It seemed like that shit struck a chord. As a result, I got a bunch of people coming here, I started getting promos, and I got my first troll. So, you know, that was pretty sweet. Thank you to all the awesome people who sent me promos, linked to shit I wrote, sent leads about things to check out, and just generally helped me make content happen. Ever since March, I have kind of been forced to feel like this blog is actually something worth doing. Specifically, thanks to Count Your Lucky Stars, Tiny Engines, Square Of Opposition, and Topshelf for putting out so much awesome shit this year. I look forward to giving you all my money in 2012.

On the flip side, the latter half of this year has been a shit storm. Goofy shit kept happening, from the stupid MS diagnosis back in August to the current broken molar / swollen jaw I have now. Medically, this year has been stupid as fuck. The reason why there was a drop in content is due in large part to all that. I know that seems like a cop out, but it is what it is. I try my best to keep up with shit though. Whatever. On to the lists.

In no particular order, the top records of 2011 were:

EPS / SPLITS / OTHER:
HONORABLE MENTIONS:
OK. That is it. Anyone from Chicago going to be at the Dowsing / E!E! (IWALE) show tomorrow, I will see you there. Look for the giant dude wincing in pain. That would be me. Stupid tooth.
In closing, fuck all the bands that I like who broke up this year. Especially you, Snowing.