My friend Autumn and I go back a number of years to two different punk houses in the Chicago suburbs. The first house was The Capital, it was in Aurora. The second was in Bartlett. The Bartlett house didn’t have a name, and was the home base of a horror punk band. So, yeah, that was a thing that happened. She moved out to New York after the house broke down.

Anyway, after years of avoiding it, I finally went out to New York to visit for a week this past December. Mostly we just kind of wandered around Brooklyn. It was every bit as hipstery as it is made out to be. Like, one new hipster girl got on the Q for every one that got off of it. It was ridiculous. That really has nothing to do with this story, but it was maybe worth noting (probably not).

I was on the computer looking at show listings on December 14. I found out about a free Waxahatchee/Mutual Benefit show. Totally a thing I would want to see. It was at Converse Rubber Tracks in Williamsburg. So, it was a relativity painless trip. Flatbush to Williamsburg. Really just the Q to the G, then walk a few blocks. This is certainly not a bad trip in general, but for one problem. We had to make that trip in a snow storm. Oh, and also the G train is total bullshit.

After a bunch of boring shit no one cares about, we finally made it. Only we forgot to RSVP for the show. The person doing door was super uncooperative, but finally agreed to let us in. We had gone to the event thinking it was just a free show. It turned out to be the launch party thing for Pitchfork’s print quarterly.

Mutual Benefit was just starting when we got there. Immediately we went to the bar to get some drinks. Turns out the drinks were free. Free drinks being the best drinks (of course). Mutual Benefit were absolutely fantastic.

The editors of Pitchfork did a panel discussion/Q&A about the magazine when Mutual Benefit finished their set. Michael Azerrad was the guy moderating the panel. It was weird. The panel was, more or less, Pitchfork jerking themselves off. Made tolerable only by the free booze.

Waxahatchee played after the panel talk went on for what felt like an eternity. Everyone in the building was talking through her set. It was kind of a bummer. Well, it would be had she not been absolutely great. The set was fantastic. Some old, some new, some Great Thunder stuff worked in, and some covers. Autumn actually grabbed the setlist off the stage when the show was over and gave it to me (sorry). I have it in a folder at home.

So, the show is over and everyone is still hanging out. Mostly it was a bunch of people trying to schmooze and network. I’m much more focused on drinking as much beer as possible, which probably makes me the worst music blogger ever. Totally uninterested in making connections.

The long and short of it is that the night ended with Autumn, her boyfriend, and I getting shit-plowed on free booze. Free booze that was provided by Pitchfork.

On September 20, 2003, I got on the train to Chicago to go see Thursday. I don’t really remember the show very much. I’ve been to a whole lot of shows in the intervening 10 years. I do remember certain things about it though. Some things are more superficial than others. I was just a few months out of high school, and had really only gone to locals shows. The shows I went to were either at the venue I volunteered at, garages, backyards, or basements. Going to see a post-hardcore band in Chicago at a major venue was a huge adjustment, especially when you’re used to seeing crusty ska/punk bands in a garage in Wheaton. But, if nothing else, it kind of affirmed my belief in the music I listened to. None of my friend’s gave a shit about that kind of music. Even the punks were too busy being “punks” to even attempt to listen to something more involved than power/barre chords and vague sloganeering lyrics (Bush administration era punks were TERRIBLE [myself included]).

My friend Lamarr and I got to the House Of Blues late. We actually ended up missing most of Murder By Death’s set. This was a month before Who Will Survive, and What Will Be Left of Them? came out. I ended up buying a copy of Like The Exorcist, But More Breakdancing. That record was fantastic. Murder By Death kind of lost me when they more or less became a country band. Not as a slight against them, but it just hasn’t done much for me.

Death By Stereo were the other opener. I always thought that was weird. I was never really stoked on them. Not even as a shitty punk teenager. They did put on a great show though. I remember Efrem jumping from the stage to the floor, and doing a song in the middle of the pit that had formed. It was a great thing to see, even for a non-fan.

As far as Thursday went, I was bummed that their set was heavy on songs from War All The Time. It made sense, seeing as that record had just been released less than a week prior. I guess I was kind of bummed because I hadn’t had time to really listen to the album. It hadn’t connected to me quite the way Waiting and Full Collapse had. Shit, it still hasn’t. That aside, they played a great set.

What I remember most was the overall atmosphere. The House Of Blues has a shitty layout. The floor is boxed in, and there’s limited access to the it. Those access points are hard to get to on a half full show, never mind a sold out one. But, I was still straight edge at the time, so having to stand around by the bar wasn’t my idea of a great night. Eventually, through force of will (and being generally larger than most people at the show), I worked my way down to the main floor. The crowd was moving as one singular being. It was remarkable because no one was trying to mosh. If there is one thing Chicago fans love doing, it’s moshing at inappropriate times to things that don’t need it. I had worked my way up to the front left of the floor, but ended up at the rear right by the end of the show. The main hall is on the second floor of the building, so you could feel the floor shift under your feet as the crown moved. It constantly felt like the floor could have buckled at any time.

So, you know, that was pretty great. 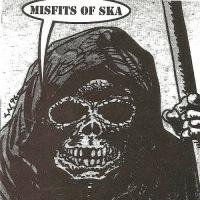 Sorry I missed a review this last week. I have one coming up in the next few days. To make up for that, here is a thing I wrote about Skankin’ Pickle over on my Tumblr:

One year in high school I ended up having two art classes and a math class with this cute girl who listened to great music. I tried so hard to be cool in front of her. Which was difficult for a fat dude in a Rancid t-shirt. We’d talk about The Brady Bunch, starting a cult, how creepy Patrick Duffy (not the actor) was. Obviously we would also talk about music. Like how great Operation Ivy was, or how Pinkerton was the best Weezer album. I was still a little shit, but I knew about enough punk and ska bands to hold my own.

I think we were talking about the Suicide Machines or something. Somehow we got on the topic of Skankin’ Pickle. She asked if I’d heard of them. I totally hadn’t. But, not wanting to look like a total dummy, I said “oh yeah of course.” I totally lied, but had gotten away with it.

A few weeks later I was on my way to school. My car wasn’t working, I missed the bus, it was winter, and I was running late. It was a classic four alarm clusterfuck. About 10 minutes into a half hour walk to school a car pulls over. It was the girl from my classes. I get in the car and “Skatanic” by Reel Big Fish had just finished playing. Then I hear a guy talking briefly about whether they got “Degrassi Junior High” in Petaluma. The band then goes into the beginning “O Canada,” and then it then tore into this quick ska-punk song.

It’s so damn catchy. I ask who it was. She just kind of looks at me and said “Skankin’ Pickle,” like I had just asked the dumbest question ever. Here I was, after saying I knew who that band was (and how much I liked them), asking who sings one of their MOST WELL KNOW SONGS. What a dummy. The song was “I’m In Love With A Girl Named Spike.” The record was Misfits Of Ska.

That day I learned to never pretend to know about bands that you really don’t. You just end up looking like a dummy. This situation also birthed my undying love of all things Asian Man Records and bands featuring Mike Park.