Perennial is an interesting band to me. I don’t have any particular nostalgia for all the bands they get compared to. I never listened to that post-hardcore dance punk stuff. It was a scene that missed me. I know bits and pieces. This band was fresh to my ears. I’m happy about that because I don’t have to fuck around with scene baggage or name drops.

In The Midnight Hour has been on heavy rotation since mid-January. It’s a record I have to be careful with though. I’m not getting anything done until it’s done playing. In The Midnight Hour isn’t there to sit and listen to passively. It’s not a record to throw on in the background. It’s meant to make you move. Perennial hit me in a way that most punk hasn’t in years. These songs would kill in a live setting, but you might wreck you living room too. It’s angular post-hardcore. It’s sound collage. It’s jazz. It’s pop. It’s art.

To that point, Perennial is a band that has their art and image on point. The album cover borrows from classic jazz. The experimental nature of the music is right out of post-bop and avant-garde jazz. It’s all there in the mixing of sound and texture. The band isn’t afraid to let things go for a measure to long. They’re all in on throwing some oddball shit into the mix. The band throws a million things at the wall to see what sticks, and most things do. It’s engaging as hell. Even the record cover reminds me of those classic Blue Note Records covers. I’m a little out of my element trying to talk jazz. I can’t do it with any confidence, so let’s move on.

Perennial are a breath of fresh air in a world where the musical landscape is a bit bleak. The streaming era has killed a lot of the spontaneity in music. Things are being made to fit the algorithm. Genre blending has become common, but it’s always done in the most basic way. We need more bands that aren’t content to paint by number. We need to celebrate bands who push into new and interesting territory.

I made a spreadsheet of new releases in 2019. I tried my best to listen to as much as I could. I managed to listen to about 30% of it. Not super great. Anyway, in alphabetical order, these are records I liked this year. Also, a Spotify playlist of 2019 stuff. Alright.

Perennial released their first EP back in 2015. Early Sounds For Night Owls was a quick four song record that I still don’t think got the attention it deserved. It had all the heart and intensity that you would want from a record, especially in a genre as driven as post-hardcore. It’s essential listening. Especially if you want to understand the artistic side of underground music. But that’s 2015, and it’s now two years later. Where do we stand?

The Symmetry Of Autumn Leaves is the new record, and it’s probably my favorite record of 2017 so far. I mean that with no hyperbole. Perennial have raised the bar. The Symmetry Of Autumn Leaves fucking goes. It’s one of those records where you can tell what songs are going to absolutely wreck the place live. “La Fugue Pour Béton brut” is definitely one of them. I feel like “Evergreen, un deux trois,” “Resolver,” and “Hippolyta” are definitely contenders too. Those songs are quick bursts of aggressive energy. Shit, the whole record is.

The evolution of Perennial’s sound is key to what makes everything work. First, the increased vocal presence of Chelsey Hahn adds a lot of depth. The way her vocals work with Chad Jewett’s is one of the many standouts on the records. Those two were the heart of Lion Cub, so it’s no surprise that they work so well together. To that point, the increased presence of the keyboards and sampling also change the dynamic a lot. That texture existed on Early Sounds For Night Owls, but that record still felt more guitar driven. The song that best shows that shift is “La Fugue Pour Béton brut.” That song appeared on the EP in 2015, and a reworked version shows up here. It’s the best.

The Symmetry Of Autumn Leaves is an amazing record from start to finish. It’s a perfect mix of art school punk and post-hardcore. The energy, the passion, everything. 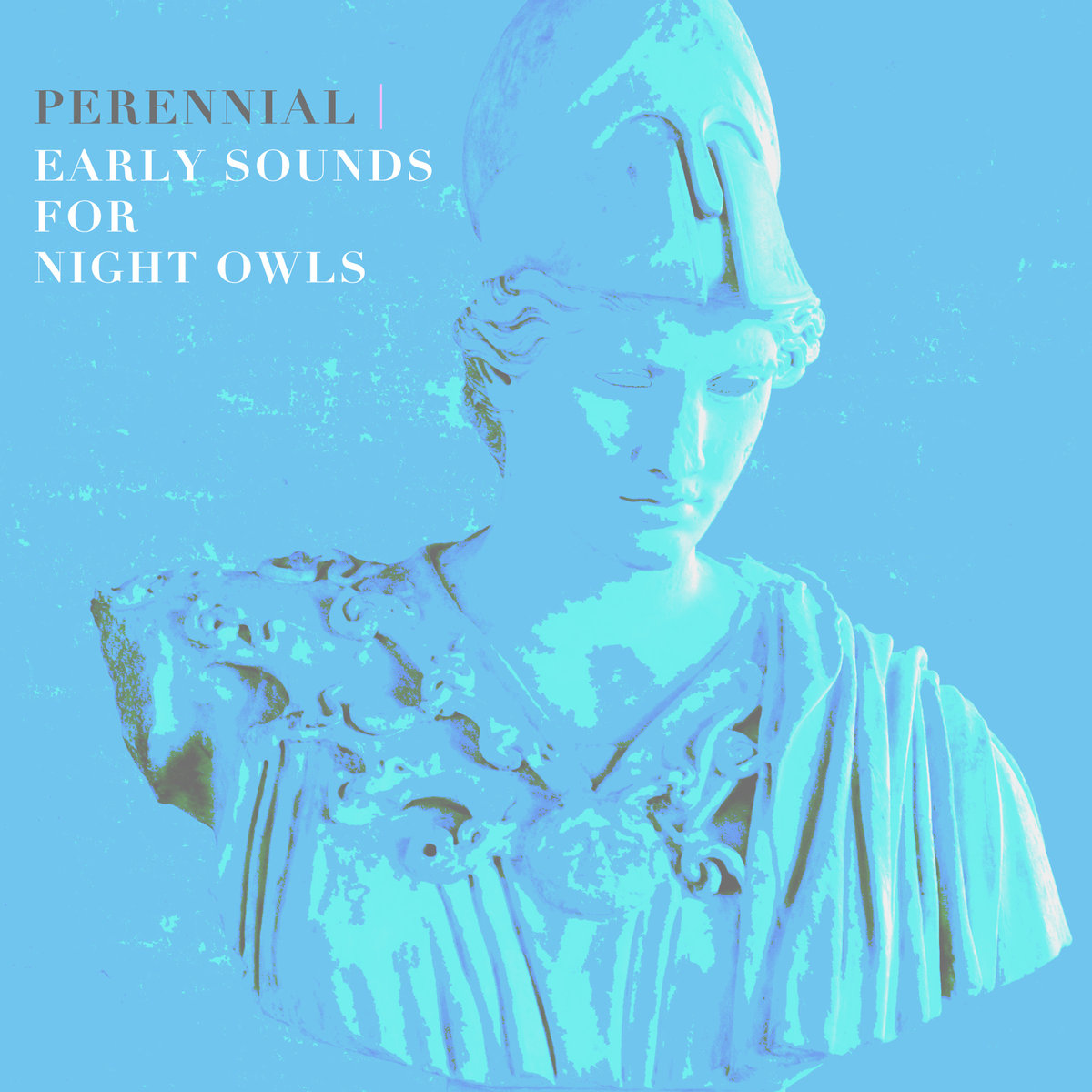 Perennial really could have played it safe. They have a pedigree, being made up of members of Lion Cub and Aeroplane, 1929. It would have been easy to stick within the basic indie/indie pop framework. It probably would have sounded really good too. Perennial, to their credit, decided to forgo that. They decided to experiment with their sound. And it seems that they are all the better for it. Early Sounds For Night Owls is a record full of energy and aggression. It’s rough around the edges, and doesn’t hesitate to show teeth. Perennial would probably best be described as a punk rooted post-hardcore band. And Early Sounds For Night Owls has all things you would want from that genre.

The band wastes no time in showing what they have to offer. “La Fugue Pour Béton brut” sets a great tone. It comes in with high energy. It also has a very solid groove to it. It’s melodic, but not poppy. That is a phrase that came to mind a few times while listening to this EP. “Massachusetts Scenic Byways” is a definitely a rager, but never devolves into discordant, hardcore barking.

One of my favorite things on this EP is the transition from “Circle/Pivot/Circle” to “Early Sounds For Night Owls.” The former is a short, melodic interlude. Definitely a more delicate sound than is present on the rest of the record. It really feels like an extended intro to the latter than anything else. It helps build to a great payoff when “Early Sounds For Night Owls” breaks through.

There isn’t a whole lot more to say about this record. It’s a great combination of punk rock melody and driving post-hardcore. If that appeals to you, this is a total no brainer.