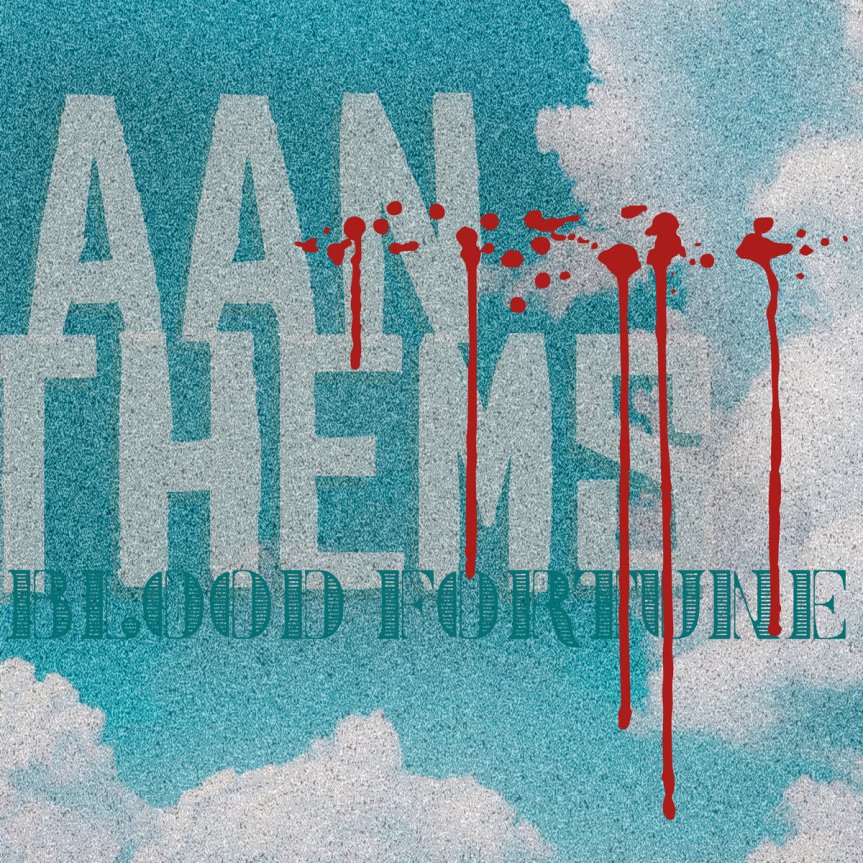 The cliff notes version of AANTHEMS would be that they are a duo from Vancouver, BC. They play a style of punk rock that borrows from post-hardcore, pop punk, and a little noise. They are a drummer and bassist, and they both do vocals. They will probably appeal to people who are stoked on the Latterman family of bands. But that’s dry a dry description, and also kind of boring. Let’s over-complicate things. AANTHEMS first popped up on my radar about five years ago. Their 2015 EP, Old Dogs, was a release I was really stoked on. It was a great 11 minutes of punk rock. They followed it up with another EP the year after. 2020 brings their debut full length, and it’s as solid as you would expect.

Blood Fortune is an angry record. These are songs about inequity, and the shortcomings of modern culture. These are well worn topics for a punk rock record, but goddamn do we need it right now. The vocals work especially well for that. There is a hardcore delivery to them. There is a lot of shouting, and a lot of pissed off energy. The band refers to their vocals as howling and yelling. That is very apt, and goddamn does it work. Especially given the overall sound of the music itself.

Not a lot of punk bands would base their sound entirely on bass and drums. This bands has a sound that is very heavy on the low end, but not in an oppressive way. It works so fucking well. I’m not encouraging everyone to start playing your bass like it’s a guitar, but AANTHEMS is proof that it can work. It is such a specific sound, and it really makes this record stand out. I think this record would suffer if it stuck to the traditional guitar/bass/drum set up. It would be just another melodic punk record in a world full of melodic punk records. Instead, we got a bass that propels the songs forward while the drum relentlessly drive the point home.

I’ve heard a lot of punk rock records over the years. It takes a lot to get me really invested in the genre these days. A lot of bands are content being a copy of a copy of a copy. AANTHEMS is not that kind of band. They bring an interesting sound to the table, and they fucking nail it. You wants a complex record of working class anthems, or just a great record to yell along with? This should be 100% your shit.