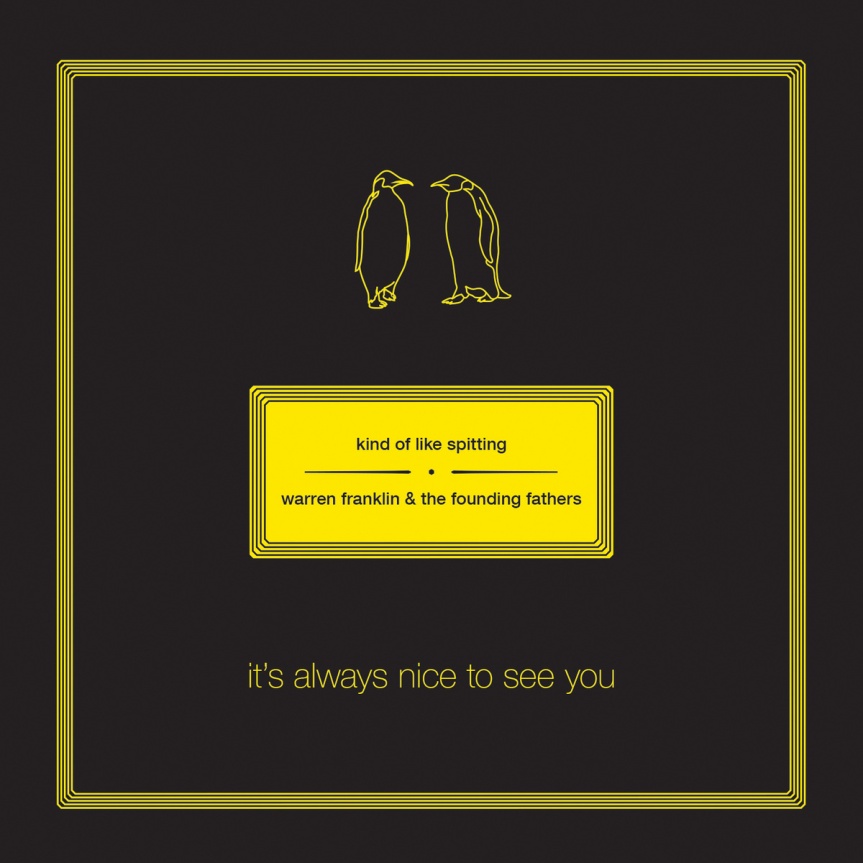 It’s Always Nice To See You is a split that is basically 100% my shit. It runs the gamut in sound, and everything on it is pretty goddamn strong. There are driving, garagey indie rock songs. There are a few acoustic numbers. There are really solid indie/emo songs. There is nothing on here I wouldn’t like.

Kind Of Like Spitting is the front side. This is the first release under that name since 2006. Ben Barnett continues to write really strong songs. This incarnation of Kind Of Like Spitting is Barnett (guitar/vocals), Brian Grant (bass), and Dante Johnson (drums). The trio fire on all cylinders for most of their half. Driving indie rock songs full of chunky riffs, strong bass lines, and really solid drumming. There are strong pop and garage influences throughout. Most songs feel more on the Blunt Mechanic side of the fence than the Kind Of Like Spitting side as a result. This is especially true on Bullied By A Bee and Audience Of Two. Those songs feel a bit looser and jammier than a “traditional” Kind Of Like Spitting song. It’s all good though, and not that unexpected. Both bands are/were Ben Barnett vehicles. Either way, it’s a fun bit of distortion and fuzz.

Warren Franklin & The Founding Fathers continue to impress on their side. Watching Warren Franklin transition from a solo act to a full band has been really exciting. Every release improves on the last. The band has built a unique sound, and they have found a way to encompass everything they’ve done in the past without getting stuck in a rut. It’s hard to think of another band so adept at walking the lines between indie rock, power pop, and emo. One of the biggest things is how much Franklin’s vocals have improved. His voice is stronger than ever here. Just a great showing for a great band. Can’t wait to see a full length.

So, yeah. It’s a great split. Both bands excel at what they do. Check it out.