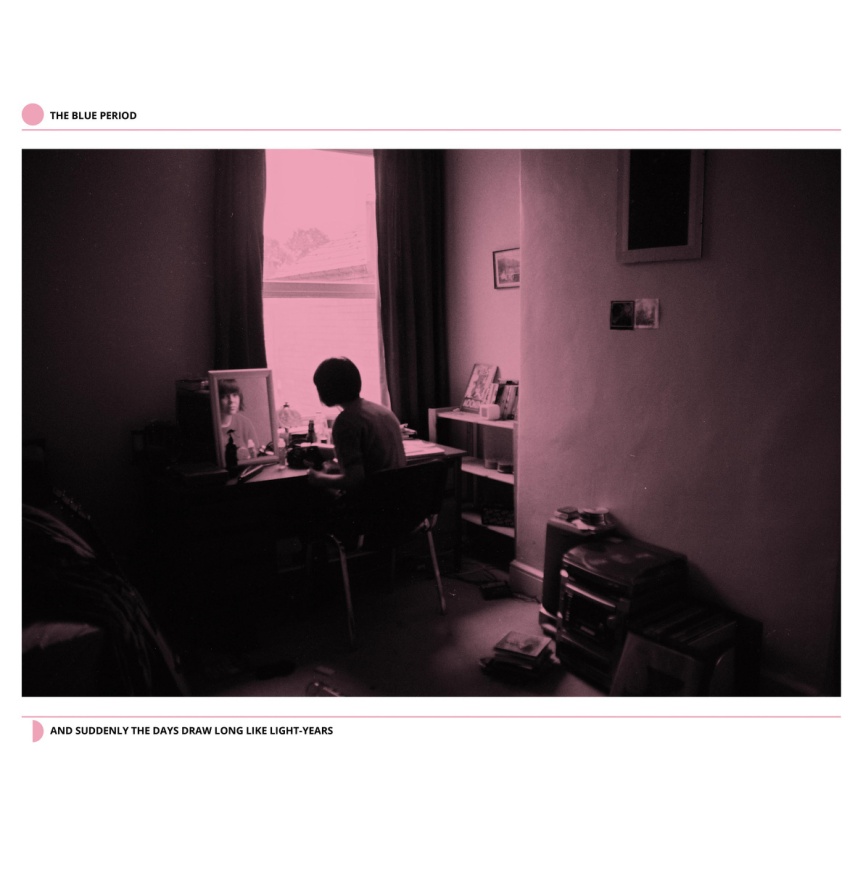 The Blue Period is a band that, in the most basic of terms, plays indie/emo music. They definitely have that classic Midwestern sound to them. There are definite Owen / American Football influences. There are also similarities to more contemporary bands, like Football Etc. or maybe a little Empire! Empire! (I Was A Lonely Estate). They have a very comfortable and familiar sound. That said, they aren’t overpowered by those influences. They definitely stand on their own feet..

And Suddenly The Days Draw Long Like Light​-​Years is a solid EP that really covers all the bases one would like it to. The dual vocals of Celia Macdougall and Chris Moore are definitely one of the best strengths of the EP. They are both strong enough to carry a song by themselves, but are also able to reign things in for great interplay. When they’re splitting songs, neither overpowers the other. A lot of bands in this genre are built on one lead vocal, so this helps set them apart from other bands. The rest of the genre staples are pretty routinely touched upon. The production is a little grittier than most similar records, but that is really a strength as well.

The Blue Period is a young band. They have set a really great foundation down on And Suddenly The Days Draw Long Like Light​-​Years. The biggest problem they have is with how crowded this genre is. There used to be a time where a band from the UK playing this style would have a certain novelty to them. This isn’t really the case anymore. I don’t know much about their local scene in Nottingham, but I’m starting to feel like there might be more Midwest emo influenced bands in the UK than we have here in the actual Midwest.

See, I’m from the Midwest. Illinois to be specific. There is a lot of history here for this kind of music. I remember a time when a million bands in the Chicago area played this kind of stuff. And I remember how difficult it was to find the good stuff. There are a lot of these kinds of bands in the UK now, and they are going to have a similar problem. The Blue Period have the potential to break away from the pack of indie/emo bands, they just need to get a bit more adventurous. It will be wonderful to see what they do next.