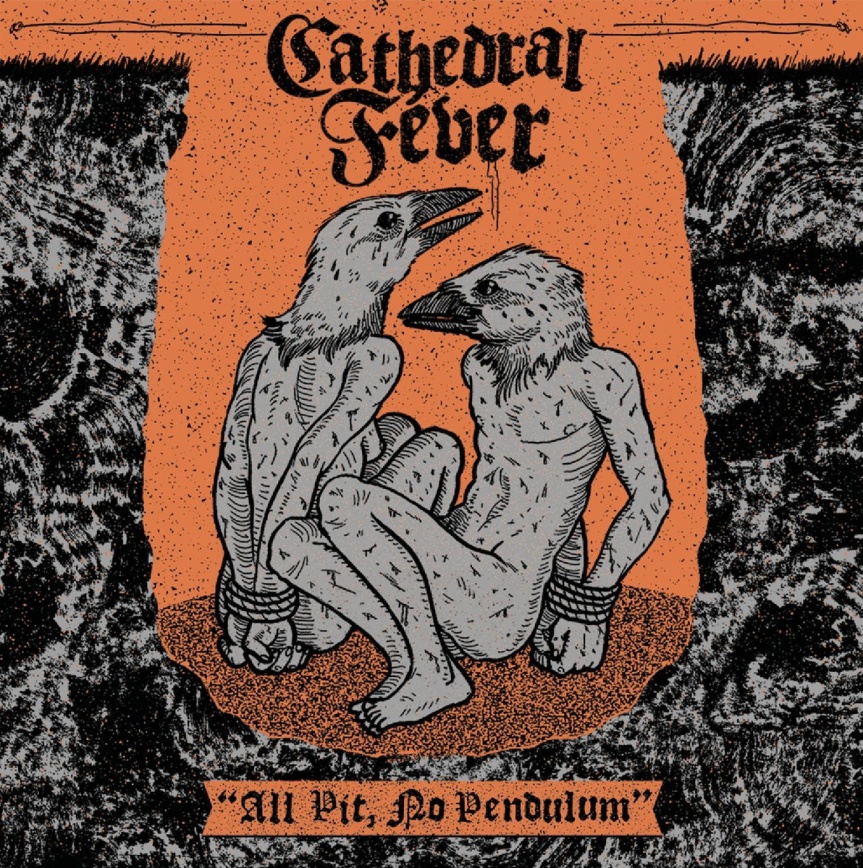 Before I go into this review, I want to talk about horror punk. Like, as a concept. I, as a general rule, don’t like it. I didn’t always have such a dislike for the music though. I was never a fan, really. But I wasn’t always annoyed by it. In my younger years I lived in two different punk houses. The first was in Aurora, IL. I lived with three other people, two of those people loved horror punk and psychobilly. They would play it constantly. I am way more familiar with bands like Blitzkid and the Rosedales than I want to be.

Once the Aurora house died, three of the four of us from it moved to Bartlett, IL. The second house was actually the house of a dude who was in a horror punk band. I was pretty ok with the band before I moved in. They weren’t my favorite local band, but I liked seeing them. Once I moved in the house though, goddamn. I had to hear them practice all the time. I must have heard their setlist at least five or six times a week on a few occasions.

When either house had parties, it was almost always horror punk being played. I had to hide in my room and play my records loud if I wanted a break. Every decoration they had was somehow “spooky.” Shit, one of the cats that I now own was originally adopted in the first house. The two horror punk people named the damn thing Spooky.

Being surrounded by a thing you weren’t all that interested in to begin with is enough to put you off something. Never mind being surrounded by it for two years straight. Almost non-stop. You’d get sick of it too. It is with this preface that I do this review.

Cathedral Fever has now joined the very short list of horror themed bands that I will listen to.

All Pit, No Pendulum is a fucking beast of a record. It is very much a horror punk record at it’s core. The overall lyrical theme is definitely on some horror shit. What makes it different is that it isn’t the same old tired tropes. It’s not a bunch of vampire/zombie/1950’s horror kitsch. They aren’t writing the songs around the dusty old “whoas and ohs” chorus. No way. They fucking rip through shit in a really aggressive way. Coming with a hardcore/thrash/metal style, they have enough power to overcome the pitfalls that often come with the genre type. The drums fucking blast. The guitars are dirty and distorted. The vocals are loud, aggressive, and maybe even a bit guttural at times. Cathedral Fever is a pissed off sounding band, but they just happen to be playing in a horror theme.

The lyrics, by the nature of the genre, are a little cheesy though. It happens. They seem to be more influenced by the works of Edgar Allan Poe than they are Ed Wood or George Romero though. The record title is a reference to The Pit And The Pendulum for crying out loud. We’re getting references to charnel houses, Leviathans, and just awesome shit. It’s a lot more interesting than some “whoa-oh pretty in casket” bullshit that this genre tends to be known for. It’s a refreshing change.

It also feels pretty special on the music front too. There is more going on here than meets the eye. It it noticeable right out the gates. “Spiders Encircle” opens the EP in a great way. It has a short build, and then goes off at full blast. It sets the tone for the muscular, aggressive music to follow. It’s very much the kind of record that would have had 16 year old me wanting to get in the pit. All Pit, No Pendulum is also remarkably cohesive. The way “Synthetic Echo” goes straight into “Oblivious Bed” is absolutely perfect.

This is a killer record from start to finish. It’s horror punk for sure. But it’s not some shitty Misfits rip. It’s not some crappy Vanilla Ice haired psychobilly. It has way more power than anything those types of bands can muster. It’s fucking good. Hardcore fans, metal fans, horror punk fans, and whoever else can find something to appreciate here. Trust me. I may be a lot of things, but someone who throws praise at a horror record isn’t one of them.