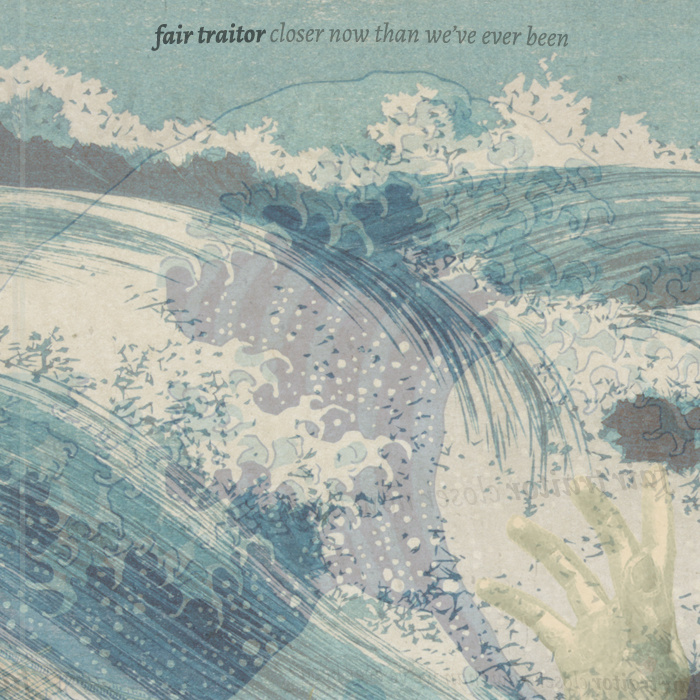 I was recently talking about Gainesville, Florida. Specifically the greater “Gainesville Sound,” or whatever. Fair Traitor are a perfect example of what that means. Or, at least, what it means to shitheads like me who aren’t from there. In my mind, they are carrying the torch for all the classic punk rock by way of post-hardcore bands. It’s that sound that, in the hands of lesser bands sounds hacky and shitty. But, on Closer Now Than We’ve Ever Been, Fair Traitor shows how well that sound works when in the hands of a band who knows how to make it.

To be horribly cliched, Fair Traitor sounds like they should have been on No Idea in the mid to late 90s. This is a band who, musically, would have fit right in there with Finding The Rhythms or Forever And Counting era Hot Water Music. They have that gruff sound that has become representative of their region. There is a little emo, a little post-hardcore, and a lot of punk rock mixing together to be the total fucking package.

It is impossible for people who dig this stuff to not find something to like on Closer Now Than We’ve Ever Been. You need look no further than “Those Hippies Definitely Stole My Integrity Hoodie” if you want an aggressive, driving punk rock song. If you wants a more emo sounding song, check out “Majestic As Fuck.” If you want gruff punk rock with post-hardcore influence, just listen to the whole fucking record. Honestly.

It’s easy to write bands like Fair Traitor off as being just another band playing this kind of music. It would be a bullshit move though. Fair Traitor have found the heart, and life, in a genre that is pretty well worn. That alone is impressive. It’s more than that though. The songwriting is stellar, the music is top notch, and everything fucking works.

But of course it does. This is a band of dudes who have been doing this for a long time in multiple other bands. They aren’t some upstarts who are trying to cash in. These are veteran musicians who are doing it because they love it. What could possibly be more punk than that?