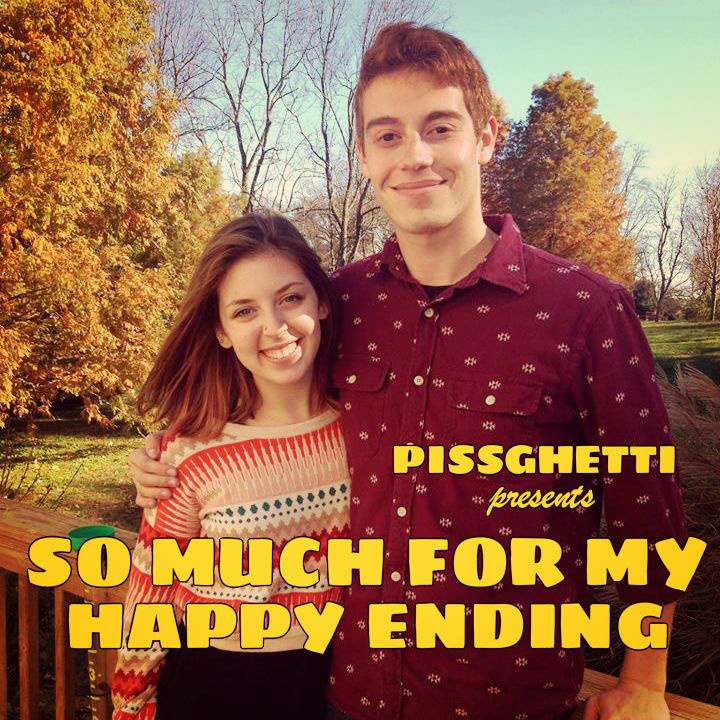 Look, a band called Pissghetti who has an album that shares a name with an Avril Lavigne lyric is stacking the deck against themselves. Like, that is a lot to overcome. Especially when it comes to getting people to listen. I have to admit, I almost passed on even listening to this record for those very reasons. It was a snap judgement that almost made me miss out on a pretty enjoyable record.

So Much For My Happy Ending owes a lot of it’s sound to a lot of places. It’s a punk/indie record that sounds like it could have been released in the mid-90s. In some places it sounds like a less esoteric Pavement, in others like a regular punk rock record. This band would fall smack in the middle of a Venn Diagram of punk, indie, and alternative. It might not be terribly original, but it’s a fun listen from the word go.

Most notable to me is the strong wit and self deprecation that runs through the record. Pissghetti is not a band taking themselves too seriously, but they’re also not a joke. They’re touching on topics of regret, feeling inadequate, and general ennui that any teenager or 20-something can relate to. It’s just being done with a level of smirking that makes it ok.

But, in the end, I suspect that I’m not the target demographic here. It’s a solid record anyway. If you like some punk rock in your indie and self deprecation in your lyrics, give this record a go.